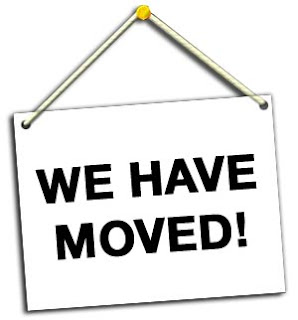 You can find it at www.nunorthernsoul.co.uk

Come over and say hello!
Posted by NuNorthernSoul at 10:08 No comments: Links to this post

When we decided to release the BJ Smith covers of Mos Def and The Pharcyde we wanted to create a limited edition package for the vinyl junkies and collectors amongst our friends...

We had been aware of Liverpool based artists, TOMO via our brothers over at No Fakin' who had been using his artistic skills for time on various posters and promotional material... Plus having ran into him at various events and record fairs we knew this cat was right for getting involved...

So no more rambling from us... here is what TOMO had to say and hopefully the photos tell the story!

TOMO
When I was first contacted about working on this project I thought "Not bad eh", this being the kind of interesting work that I always look forward to. At the same time though it was a bit daunting, having not only to create something worthy of B.J Smith's wonderful craftsmanship but also that of "The Greats" - Mos Def and The Pharcyde. I started just exploring how the themes of both songs related to my own creativity. The messages in both tracks are not only great but also important, facing your troubles and sharing your positivity, universal stuff really. So like most people I'm trying to do this anyway, the inspiration is there already. I was sitting in my kitchen drinking tea with some guests whilst explaining the fundamentals of locksmithing when the spark hit me, I could finally see how it would look. So I grabbed a pencil and start making it happen. There's a lot of symbols common in my work, the moving hand, the running man, bricks, clouds, gemstones etc. Some of it quite cryptic but in a nutshell it just basically shows my interpretation of the music, it came out alright and I hope you all enjoy this one as much as I did. Peace. - Tomo 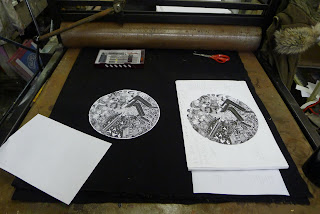 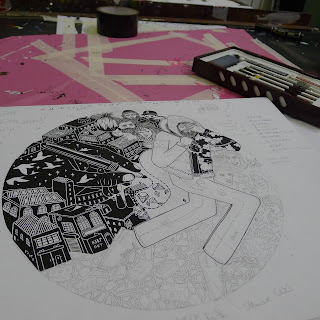 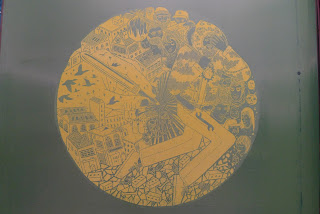 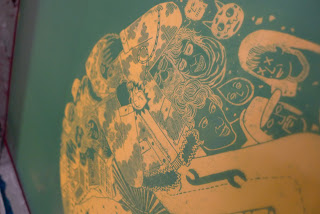 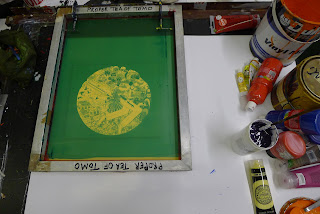 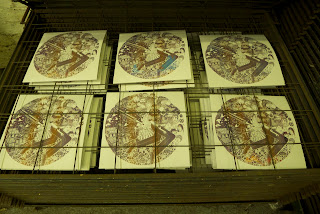 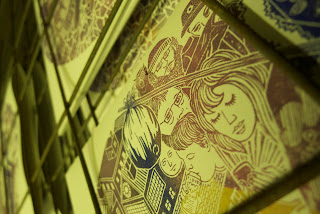 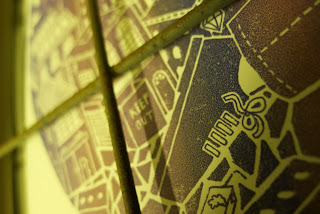 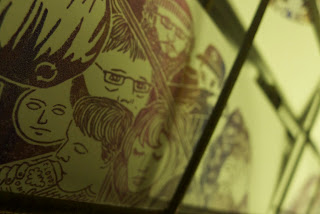 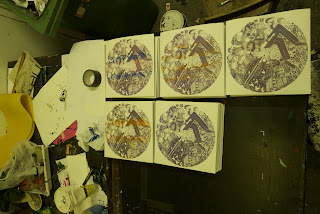 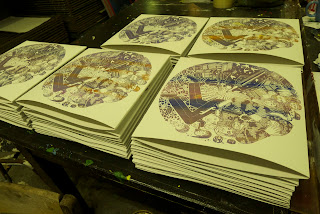 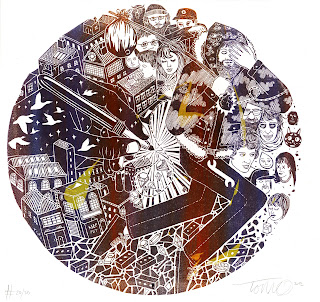 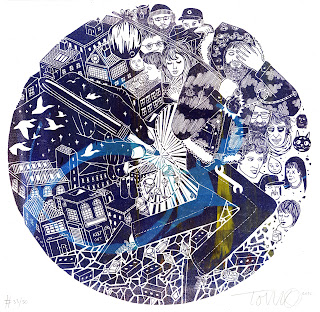 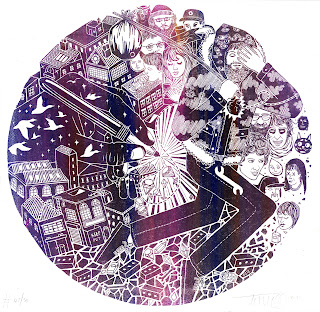 Posted by NuNorthernSoul at 12:13 No comments: Links to this post

Dedications to the Greats! 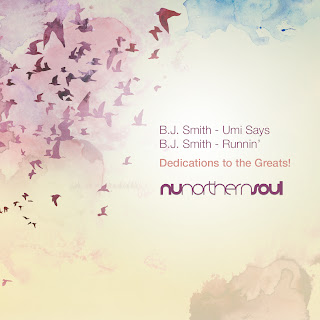 For our next release we have lovingly covered two stone cold classic, soulful, Hip Hop tracks... We had heard Benjamin James Smith cover one of our favourite bands and friends of NNS, Crazy P. After we had finished The Movedrill Projects with Ben, we suggested that he do a couple of covers for us, and below the endeavours of his work...

This will be released on Monday 28th January 2013, you can pre-order HERE via Bandcamp


B.J. Smith 'Dedications to the Greats' [NUNS002] Sampler by NuNorthernSoul

Rather then us ramble on about this, we asked Ben to give us his reasoning and thoughts... enjoy the read!


[BJ Smith]
How this project came to be.
This cover versions project began when Paul and I were asked by Crazy P to do a Smith & Mudd remix of one of their tracks from their 2008 release Stop, Space, Return. For one reason or another Paul and I couldn't get together and the deadline was fast approaching. I had just finished watching the film on music legend Johnny Cash "Walk The Line" and had to sit down and work on an Ad pitch for Robinsons - the brief was quirky acoustic. Halfway through the often thankless task of composing a pitch for a sync company, I slid me and my guitar at speed across the room on my wheelie chair, away from the studio and towards the kitchen, strumming as I went. I was consciously channeling the Johnny Cash style in a bid to remember what I love about music, where things begin for me, escape the "work" brain by going into my own private virtual Sun Records Studio and make a cup of tea.
This was when a penny dropped somewhere in my brain when the various jobs and extra curricular activities collided together in my mind. It's moments like these (normally but not reliably when one is making a cup of tea) that magic can happen.
I knew CP's song Fascination very well having been privalleged to early pre-album completion versions, and suddenly it jumped into my brain as I was strumming Cash style in the kitchen, waiting for the kettle to boil. Danni's lyric "You've been looking ... in the right place" lept out of my throat and sat perfectly over the opened chord rhythm guitar part I was playing, so I got straight on to Danni for an accurate copy of her lyrics and dashed into the studio to set up a mic ready for a one take wonder.

Rather apologetically I email CP my re-imagination, knowing that they were waiting for a Smith & Mudd remix and would not be expecting my Cash cover. I held my breath sure that I would here the belly laughs all the way from Nottingham. Thankfully and surprisingly they loved it and 2020recordings released my version of Fascination coupled with CP's original, all packaged up in a pseudo Sun Records format.
I am still threatening to cover all of their album in this Johnny Cash style, but for now that project is on the shelf for another day as NuNorthern Soul approached me with the interesting challenge of picking classic Hip Hop tracks for re-imagination. Only this time I decided to be more true to my own sound (whatever that may be) - I suppose a sort of blend of legends: Terry Callier, JJ Cale, Charlie Byrd, Nick Drake and more contemporary artist like the Stone Roses and Talking Heads.
In fact I have almost completed a Terry Callier cover in homage to the great man and his influence upon me, that blends a Roses indie vocal delivery with the rootsy folk picking patterns of Callier. This should be out early next year on NuNorthern Soul.
Big love and respect to NuNorthern Soul for all your support and kindness.
[BJ Smith]
Trade secrets: A possible process I sometimes go through when deconstructing a song.

deconstructed song, working out an introduction and ending, finding a comfortable meter to deliver the lyrics (when dealing with Rap this can be a real challenge), till it all feels natural - like the lyrics and the guitar/piano belong together. Your aiming for an "unplugged" version.

Posted by NuNorthernSoul at 09:24 No comments: Links to this post

Times are a Changing...

We are currently working on our new site... It will be the hime to lots of lovely music and info on events, releases, artists and general NNS musings...

Here is the designs as it stands, we have some tweaking to do, but it will give you a feel for the new styles... 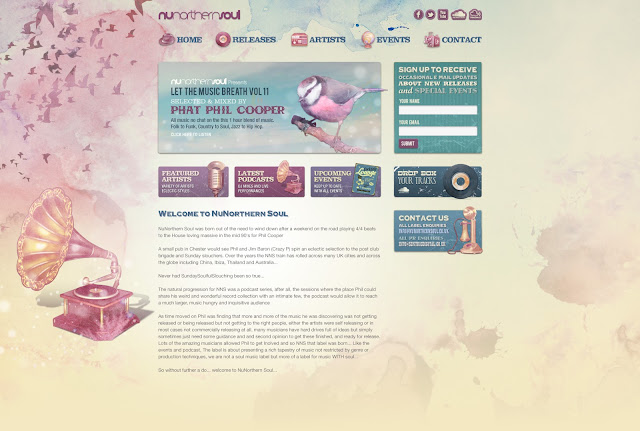 Posted by NuNorthernSoul at 17:47 No comments: Links to this post

Posted by NuNorthernSoul at 14:02 No comments: Links to this post

Our lovely friend and long time collaborator, and now NuNorthern Soul artist Benjamin James Smith has just been featured on the NME Selector show hosted by Goldierocks... He does his stripped back acoustic thang on 'Cortisol' which features on the 'Movedrill Projects' album that we have released then he flips the stone cold Hip Hop classic, 'Runnin'' by The Pharcyde into a Folk fuelled sing-a-long.

Listen and buy Benjamin James Smith presents The Movedrill Projects HERE
Posted by NuNorthernSoul at 19:37 No comments: Links to this post

Those lovely people at the British Council do a regular podcast, it is called The Selector and it focuses on the best of NEW British music. The recently featured The Source from the Benjamin James Smith album, 'The Movedrill Projects' and they are bringing Ben in to record some tracks on Thursday 12th July 2012 for a future broadcast, Ben has a couple of treats lined up including an acoustic folk version of the track below.


You can check the recent show here...

Posted by NuNorthernSoul at 14:30 No comments: Links to this post