For those who maybe unfamiliar with the lyrical delights of LyricL throw back your mind and pin back your ears...


London based rapper and spokenword artist Nkechi da LyricL is British born with Nigerian origins. Her parents hail from Imo State (now Abia State), Isuikwuato and settled in the UK after fleeing during the Biafran War.

One of the UK's leading female emcees. LyricL has appeared on stages worldwide from St Petersburg to Lisbon, and released singles in New Zealand, Austria, Japan and USA. Sought after by many producers for her lyrical ability and creativity within Hip Hop, Jazz, Afro and Broken Beat and Soulful House.

When we received this album from old NuNorthern Soul Fam member, Sarah Sweeney who we first met when she was one of the Chibuku Shake Shake residents in Liverpool, and now resides in Cardiff, and  runs Fresh Rotations the label behind this release! 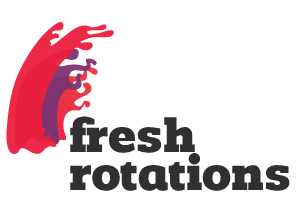 We couldn't believe our ears... Tight production, plenty of soul and killer lyrics and delivery so good, even UPS couldn't match!

NuNorthern Soul contender for album of the year!

Check out the sampler below... Then go and support the artist and label by purchasing a copy...

Buy from Kudos
Buy from iTunes